SELF GUIDED WALKING on LYCIANWAY 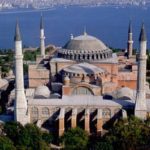 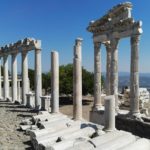 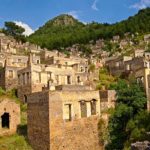 Kayaköy (Kayakoy) or Karmylassos, an abandoned Greek Village 8km from Fethiye in Turkey whose inhabitants left as part of a population exchange agreement between the Turkish and Greek governments in 1923 after the Greco Turkish War. 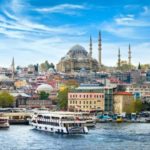 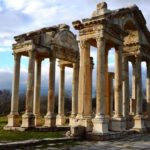 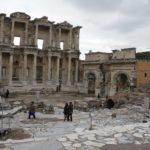 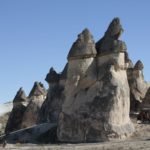 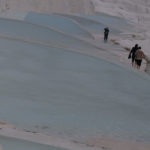 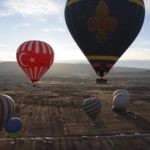 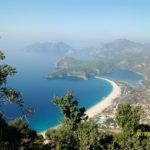 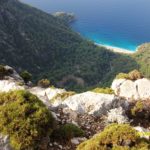 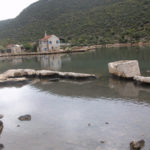 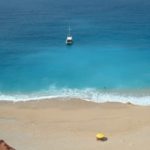 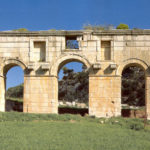 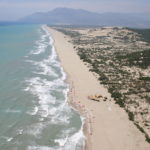 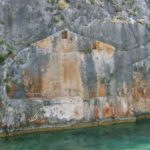 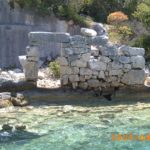 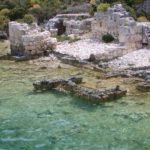 Turkey culture and hike tours, you have visiting the most popular Turkey cultural places and hiking on lycian way with our tour.

DAY 1 Istanbul Upon your arrival to Istanbul Airport, you will be escorted to your hotel. Depending on arrival time, we will have some time to start to explore the magnificent city.

DAY 2 Istanbul Today we have a full day to discover Istanbul, which was declared as ’New Rome’ by Constantine, its founder. We start our tour with Sultanahmet Square, visit ancient Byzantine Hippodrome, the important monuments of the Hippodrome are; Egyptian Obelisk dating back to 16th century B.C., Serpentine Column from 5th century B.C., and the Stone Obelisk erected in 10th century A.D. Sultanahmet Square which is surrounded by Blue Mosque famous for its six minarets and beautiful Iznik tiles as interior decoration, Topkapı Palace was once the residence of the Ottoman Sultans located on a hilltop dominating Boshporus and Golden Horn. Today it’s used as a museum where precious displays such as porcelains, crystals, Sultan’s costumes, books, portraits and diamonds can be seen.

DAY 3 Istanbul-Hagia Sophia, Spice Bazaar, Bosphorus Cruise, Sariyer, Teahouse of Pierre Loti  Hagia Sophia, one of the greatest marvels of architecture constructed as a basilica in 536 by Emperor Justinian. The Church was converted into a mosque after the Ottoman conquest of Constantinople in the 15th century and than into a museum after the Republic. Than visit to the Spice Bazaar with its domed and vaulted shops selling spices and herbs, also known as Egyptian Bazaar. Then to the pier for a Bosporus cruise on a public ferry. Starting the trip from the Golden Horn and sailing through the waterway separating the two continents, Asia and Europe- with a possibility to take pictures of the marble palaces, old wooden villas of Ottoman architecture besides modern residentials. We get on land in Sariyer district which has the old and modern taste together. Then a drive to Golden Horn for a short break at the Café known as the Pierre Loti, commands a superb view of the Golden Horn.

DAY 4 Istanbul-Ephesus Early flight to İzmir. 1 hour transfer to Ephesus.  Ephesus is one of the most beautiful ancient cities in the world. In ancient times, its convenient location at the mouth of the Cayster River (Little Meander) made it the foremost commercial city of a coastal region. Some of the stunning ruins are Temple of Hadrian, Celsus Library, Terrace Houses, Theater. Walking in the streets of Ephesus will give you a very good feeling of life in ancient Roman Empire as it is the most standing ancient city in all Mediterranean. After Ephesus we visit an important Christian site, the house of Mother Mary. It is known with certainty that Virgin Mary has been to Ephesus and lived there for some time. Whether or not she died in Ephesus is not certain. The house which is 10 km away from Ephesus is visited by millions of Christians as a sacred place today. The other important remains around Ephesus are, Temple of Artemis, Basilica of St. John. Over night at Selçuk

DAY 5 Şirince-Afrodisias-Pamukkale-Hierapolis. Today we visit Şirince is small village where the believers in Mayan calendar’s doomsday prediction of dec. 21 are flooding, also Şirince is famous because of wine, every house has a wine cellar. Then drive to the ancient city of Aphrodisias is one of the most important archaeological sites of the Greek and Roman periods in Turkey. Aphrodisias lies in the Maeander River basin, in a fertile valley 100 miles southeast of the port of Izmir. Famous for its sanctuary of Aphrodite, the city’s patron goddess, Aphrodisias enjoyed a long and prosperous existence from the first century B.C. through the sixth century A.D. The ancient stadium of Aphrodisias is the largest and most standing one in Anatolia from the Romans. After that we head on to Pamukkale -Hierapolis. Site was an important settlement by the hot springs in the Roman period. The cotton looking travertines are formed by the hot calciumed water for thousand of years and one of the wonders of nature in Anatolia. Pool which is known as Cleopatra pool with hot springs has ancient remains in it and unique in the world. Overnight in Pamukkale

We drive to Fethiye and visit the KayaKöy (Karmylassos) is a magnificent open air architectural museum of earlier times. KayaKöy is known as ghost village, this name comes from in January 1923, there was a population exchange agreement between Turkish and Greek governments. The intention of the agreement was to try and avoid future civil disturbances. We hike from Kayaköy to Ölüdeniz about 4 km. You can swim at ölüdeniz or paragliding. Then drive to Faralya. Overnight in Faralya overlooking Butterfly Valley.

DAY 7 Faralya to Alinca Trekking on Lycianway  In the morning we have an optional descent to Butterfly Valley, down dry waterfalls. We’ll climb up via Kabak valley to Alinca mountain village 740 metres high. Today will be not easy and we generally ascent. But our view will be the Kabak bay and then Seven Capes. Accommodation in village houses and bungalows in Alınca (Trekking time 5 hours / 14 km) Dinner  in village house.

DAY 8 Gey to Patara We trek a tiny goat path around a spectacular bay to Bel, then to Belcegiz and descend a steep rocky Roman road to Gavuragili (7 hrs). We meet our vehicle here and take a transfer to Patara. We will explore ancient site Patara which is also famous for its very long beach where the giant sea turtles, caretta caretta are also known to come for laying eggs. Overnight in Kaş.

DAY 9 Sahilkılınçlı-Aperlai-Üçağız-Kekova Sunken city Early trekking to Aperlai, today’s first destination will be Sunken City of Aperlai. When you see the sunken ruins and have the chance to swim over sunken ruins, you’ll never forget us and the land of the light “Lycia.” We continue trekking to Üçağız village,At the end of the trekking we will get on the boat and explore the Kekova sunken city and swimming break at kekova’s bays. Lunch is on the boat. The day finishes with our drive back Kaş by bus and a relaxing time for your body and mind at a traditional “Turkish Bath.”Overnight Kaş.
(Trekking time 4 hours.)

DAY 10 Transfer to Antalya or Dalaman airport and fly to home.

NOTE : PLEASE TEXT US BY WHATSAPP APPLICATION ABOUT YOUR GROUP NUMBER AND SET UP PRICE TOGETHER.

ALL in ONE KAS (KAŞ) FAMILY HOLIDAY 6nights 7days